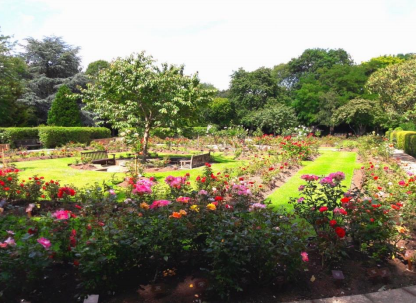 On Saturday 10 th June, 2017, The South West Middlesex Crematorium held its 9th Annual
Open Day followed by a Multi-Faith Memorial Service. The Superintendent/Registrar
Teresa Kearney, started the tours for the crematory in the newly refurbished Ogden
Chapel, and gave a brief over view of the history of the crematorium and of the various
processes that would be explained on the tours. The Superintendent also gave a brief
explanation about the recycling of metals through the ICCM, and of the monies that are
raised throughout the country through the scheme. Tracey Russell Douce, a Crematorium
Operative, then took the groups through to the crematory where she detailed the
procedures and protocols that are followed in achieving a dignified cremation. The tours
of the crematory proved very successful with even greater numbers attending this year,
and many positive comments from the attendees and rounds of applause.

Tours of the award-winning gardens were led by Peter Russell, Head Gardener. A
coloured information brochure was provided to accompany the tour depicting some of the
trees and shrubs within the grounds. The brochure also gave a brief over view of the
history of the gardens and of the environmental policies of the crematorium in respect of
recycling, and plans to increase the use of natural resources and proposed future projects. 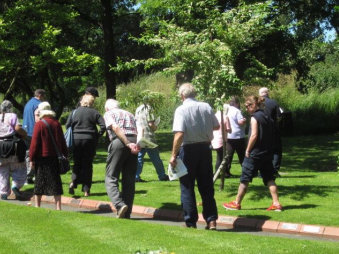 The Crematorium is over-seen by a board representing 5 councils. The Worshipful
Mayor of Hounslow, Councillor Sue Sampson and The Worshipful Mayor of Ealing,
Councillor Simon Woodroofe were in attendance, together with a current member of the
Crematorium board Councillor Aysha Raza from Ealing council. 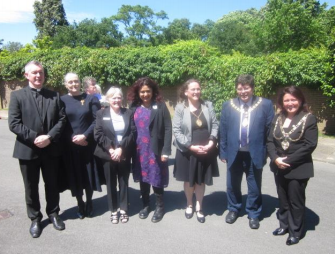 On display during the day was a White hearse and 2 horses supplied by Westways
Carriages and the waiting room was adapted into a tea room supplying hot and cold liquid
refreshments, and homemade cakes provided by Joyce Robinson (one of the
crematoriums casual workers and long-time employee) ably assisted by Jean Leadbetter,
a long-standing “friend of the Crematorium”. 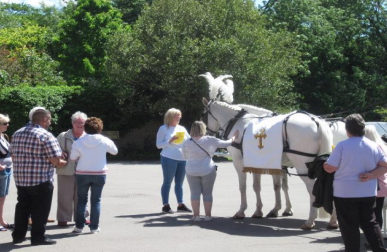 The Multi-Faith Memorial Service was the culmination of the Open Day. The service
was opened by the New Egham Singers rendition of Amazing Grace, followed by the
Superintendent welcoming and thanking all the attendees, and the staff for their hard
work both before and during the day. The Superintendent asked all present to observe a
minute silence for those who had lost their lives or had been affected by the recent
terrorist attacks in England and throughout the world, before going on to introduce the
invited guests and speakers – The Reverend David Cloake Ss. Philip & James, Church of
England, Whitton, Twickenham and Lum’Rhin Dharvu LifeRites Celebrant and Officiant.
The speakers offered their own thoughts and reflections and comfort to those who
attended. Before the Open Day visitors to the crematorium were given the opportunity to
fill out a memorial slip for anyone they wished remembered during the service. The
dedications were projected onto a screen and continually rolled throughout the service.
The back drop for the presentations were of the crematorium’s memorial gardens. The
New Egham Singers finished the memorial service by performing “Come Again” a
madrigal by John Dowland. Robert Savill, Deputy Superintendent, thanked everyone for
coming and asked them to proceed outside for the release of doves (supplied by The
White Dove Company of Loughton in Essex). Some of the visitors and invited guests
took the opportunity to hold and release a dove which were symbolic of everyone who
had been cremated at the crematorium in the last 63 years.

Photographs of the day were taken by Luke Fairbairn (Crematorium Operative) 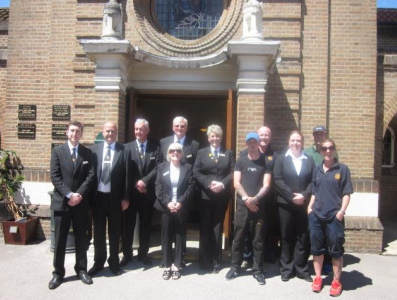